byadmin 10 Dec inHardware No comments yet 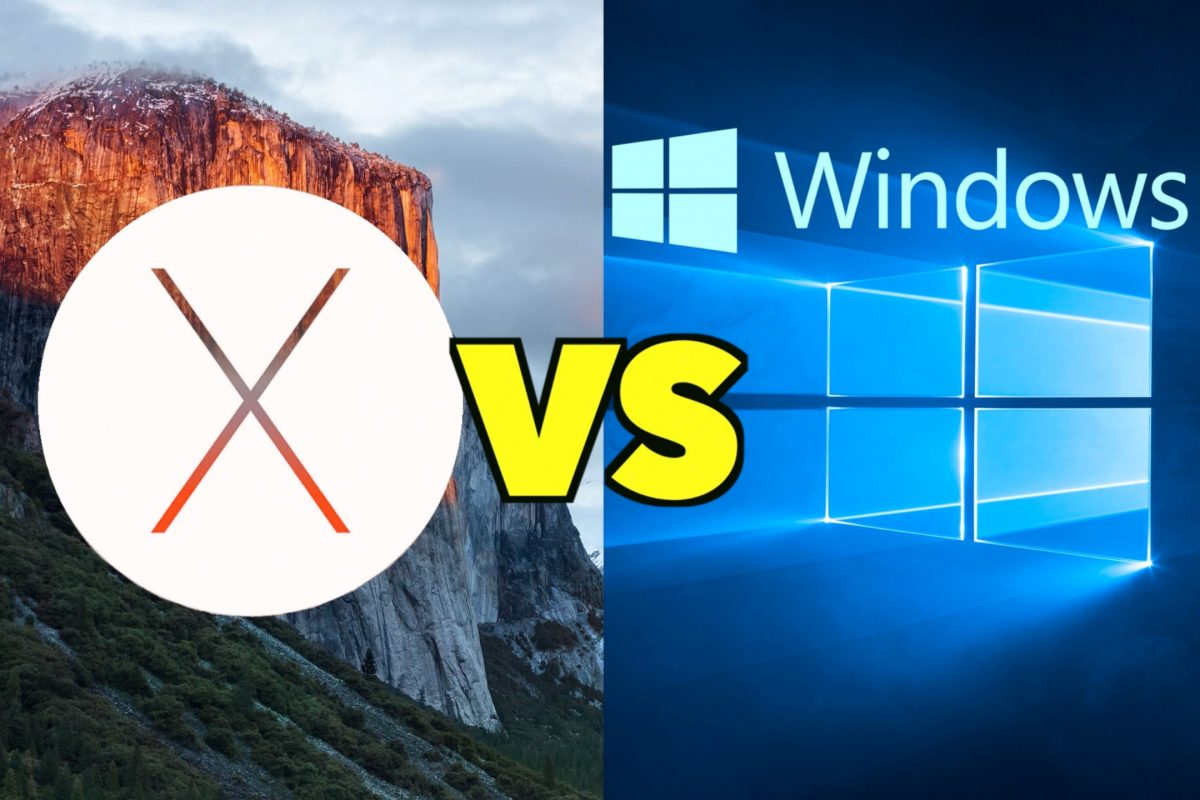 Windows Or Mac? Why Does It Matter?

As home computers became more popular, a battle of brands has been fought at different levels and on different fronts: Windows versus Mac. Microsoft versus Apple.

Being loyal to brands is nothing different, but is there more to it than preferring an apple logo over a box made of smaller boxes? There are some differences that affect quality of life, productivity, and business, so let’s take a look at what matters beyond the hype.

Application Support And A Developer’s Nightmare

Have you ever thought about what goes into making a program? Writing code or writing with a programming language is a big deal; it’s one of the fastest-growing professions in the world, and is a mixture of art, science, and engineer to create useful things by typing letter and numbers.

It’s a bit more complicated than that, but programming is both powerful and complex when you’re at the edge of innovation. A programmer uses specific programming languages such as C#, Java, SQL, HTML, or Python.

These languages have rules called syntax which govern how the coded words, letters, and numbers make things happen. Break the syntax and you either have code that doesn’t work, or you need to make new syntax.

Modern programmers who work for big businesses or serve a lot of customers or fans have to write programs for the big operating systems. Operating Systems (OS) are massive environments of code that work together in complicated ways, and this is where the problem begins.

A program has to speak the OS language, or at least have a reliable translator. Although there have been significant advances in technology, major brands with high quality expectations can’t make single programs that speak multiple OS languages.

Instead, developers—a term for all aspects of creating applications and programs beyond the main code—will release two different program version. Major companies can afford to make more than one version at the same time, but this requires a dedicated team that understands a lot about programming languages and business.

It’s about more than having the best, most innovative programmers on the planet. It’s a bit of a maintenance chore, and some companies will simply choose the most popular platform for their customers.

Are there technical reasons for these differences? In the past, maybe, but as more developers release for multiple platforms and more skilled technicians and hackers find easier workarounds, the truth behind getting brands becomes simple:

Do you like the brand, and does it physically have what you need?

As mentioned earlier, the major reasons to choose Windows, Mac, or any other brand or platform is the services available.

If you need to perform a task, is it available on that product? If you want to use a specific piece of software, is it on that platform? Are there alternatives, and do they work for your situation?

All of these questions need to be asked before committing to any choice, because unless you’re interested in buying random computers that you may not need, switching to another platform can be expensive. Especially when dealing with Apple’s cultivated culture of selling fashion at a premium, the time spent researching can be cost-effective.

First, think about what you need to do on a computer. Do you just need to check your email, browse a few websites, write documents, or watch videos? Basic computer users can thankfully choose any up-to-date brand and model for a standard experience—with some performance bugs to be expected.

Technology isn’t perfect, after all.

Do you want to get into graphic design? Do you need to edit pictures, make videos, or create 3D models? A lot of the software designed for creative people tends to be released for the Apple platform, and usually on the iMac Pro or Macbook Pro.

There are an increasing number of creative, high-powered programs available for Windows systems, but they may not be updated as often as Mac’s lineup of compatible software. That said, many creative tech users (a non-criminal definition of hacker) attempt to force Apple’s OSX operating system onto Windows for the next choice issue.

Computer hardware is not created equally. There are far more vendors of parts and peripherals than computer and OS brands, and they have their own customers to tend to.

For the most part, Microsoft Windows-based systems are the dominant customer. Hardware also needs to speak a specific language, along with the software that comes with the hardware.

A lot of video card and graphics cards are designed to work on Windows without an acceptable set of compatibility features for Mac systems. It can be done, but that requires a lot of research and hacking that many users may not be interested in.

That hardware compatibility issue creates another unique market: gaming. Games are simply software packages that can be played, and an increasing number of games depend on the power and specific instructions built into a video card.

Video cards—also known as graphics cards—are basically small computers on a board that attaches to a larger computer such as a desktop. In addition to the game needing to be written in an operating system-friendly language, the video card’s hardware and software must be recognized by the computer.

Video card vendors choose Windows systems simply because of advanced during Microsoft’s Windows 95 release, which included multiple game design and performance-friendly features such as DirectX, easier plug and play support for controllers, and a marketing campaign that attracted the right customers over time.

In the end, choosing the right computer comes down to your specific tech needs, and whether the computer can perform those tasks. Brand loyalty and fashion are certainly factors, but if you want to survive and thrive in the future of technology, consider taking a brand-neutral approach and look to specifications and compatibility.